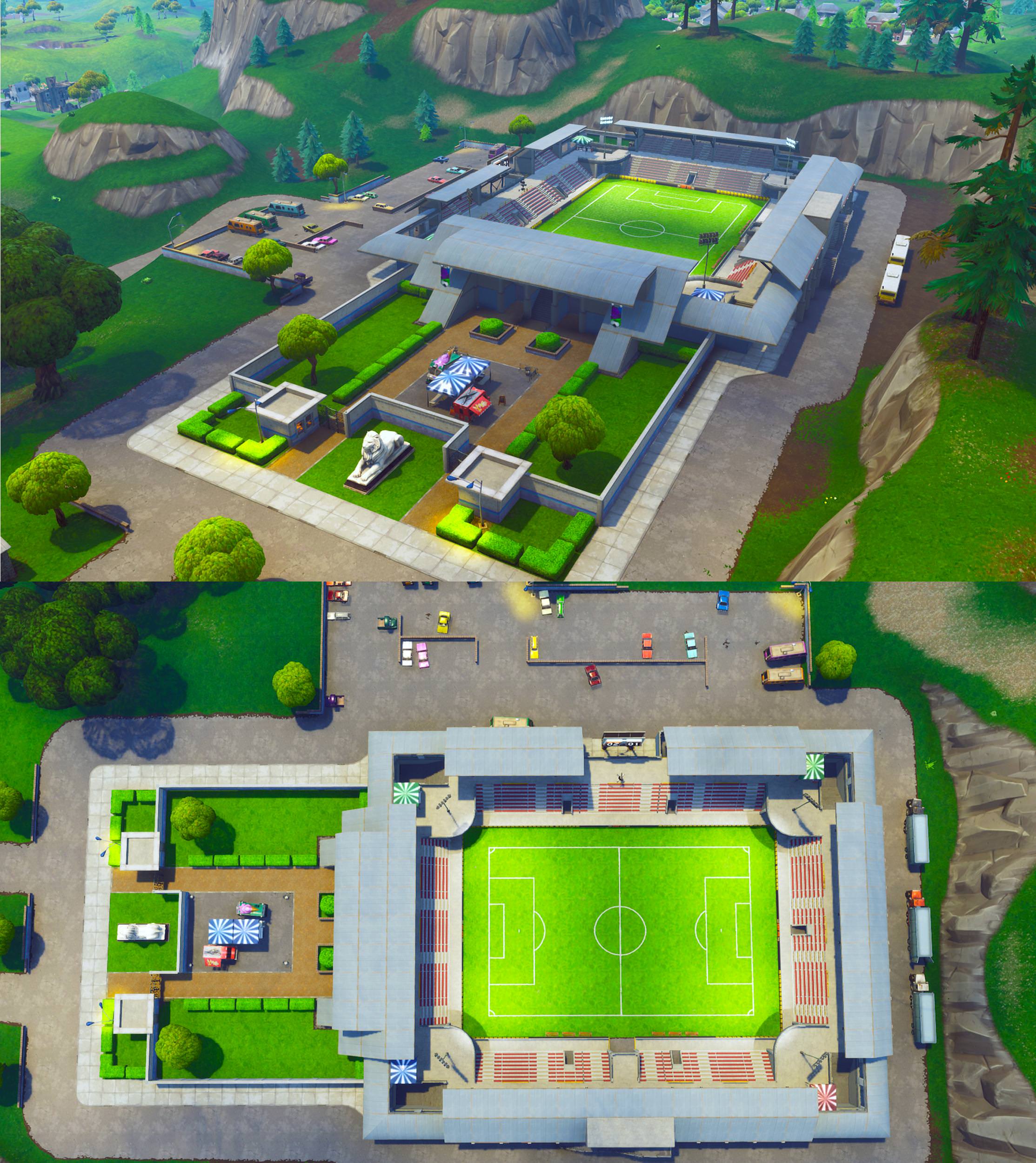 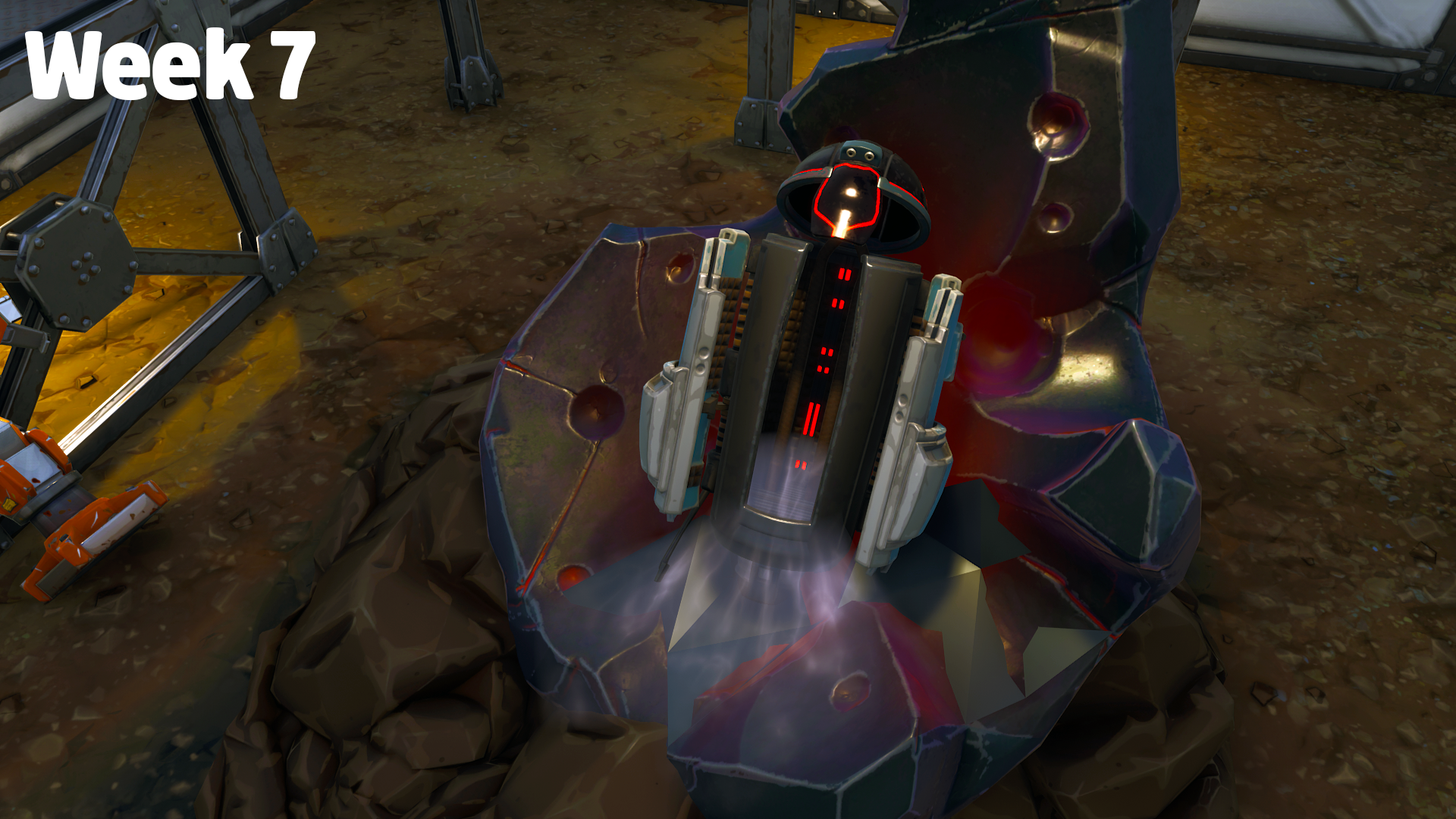 The Dusty Divot meteorite excavation is over. An empty space pod can be found at its core. Who is the mysterious visitor? 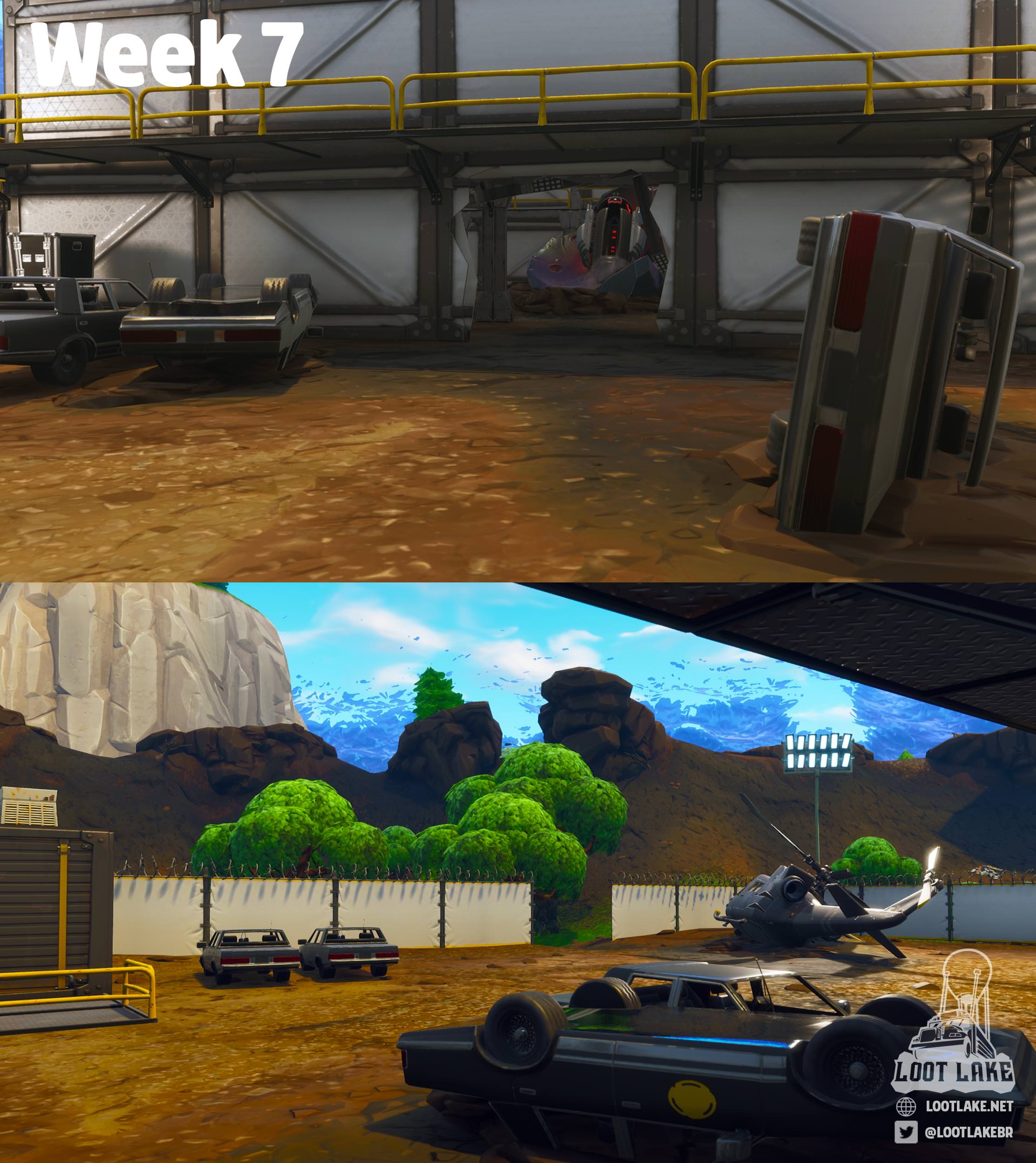 The “visitor” has escaped from the excavation site and appears to be heading west towards the villain lair. 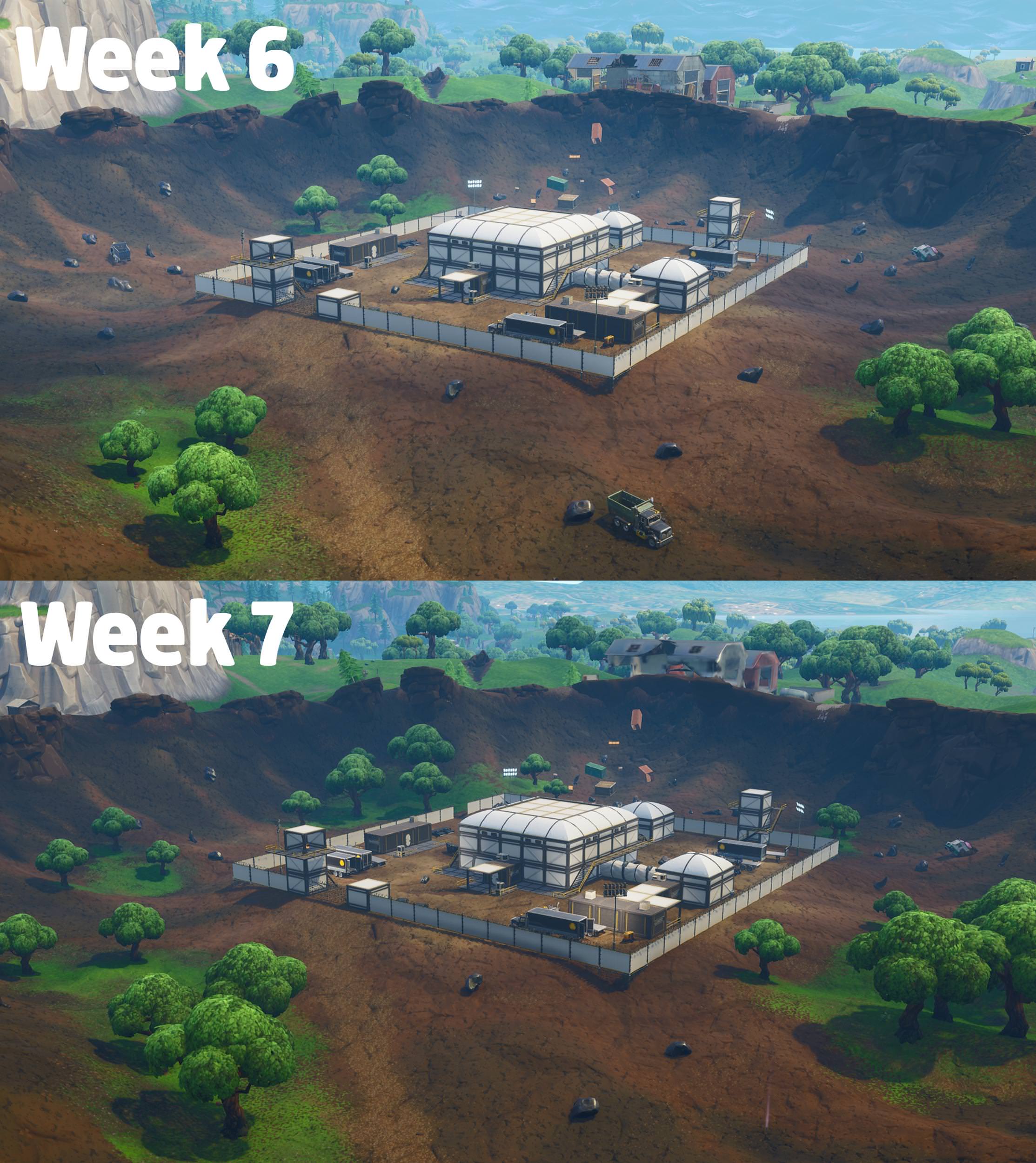 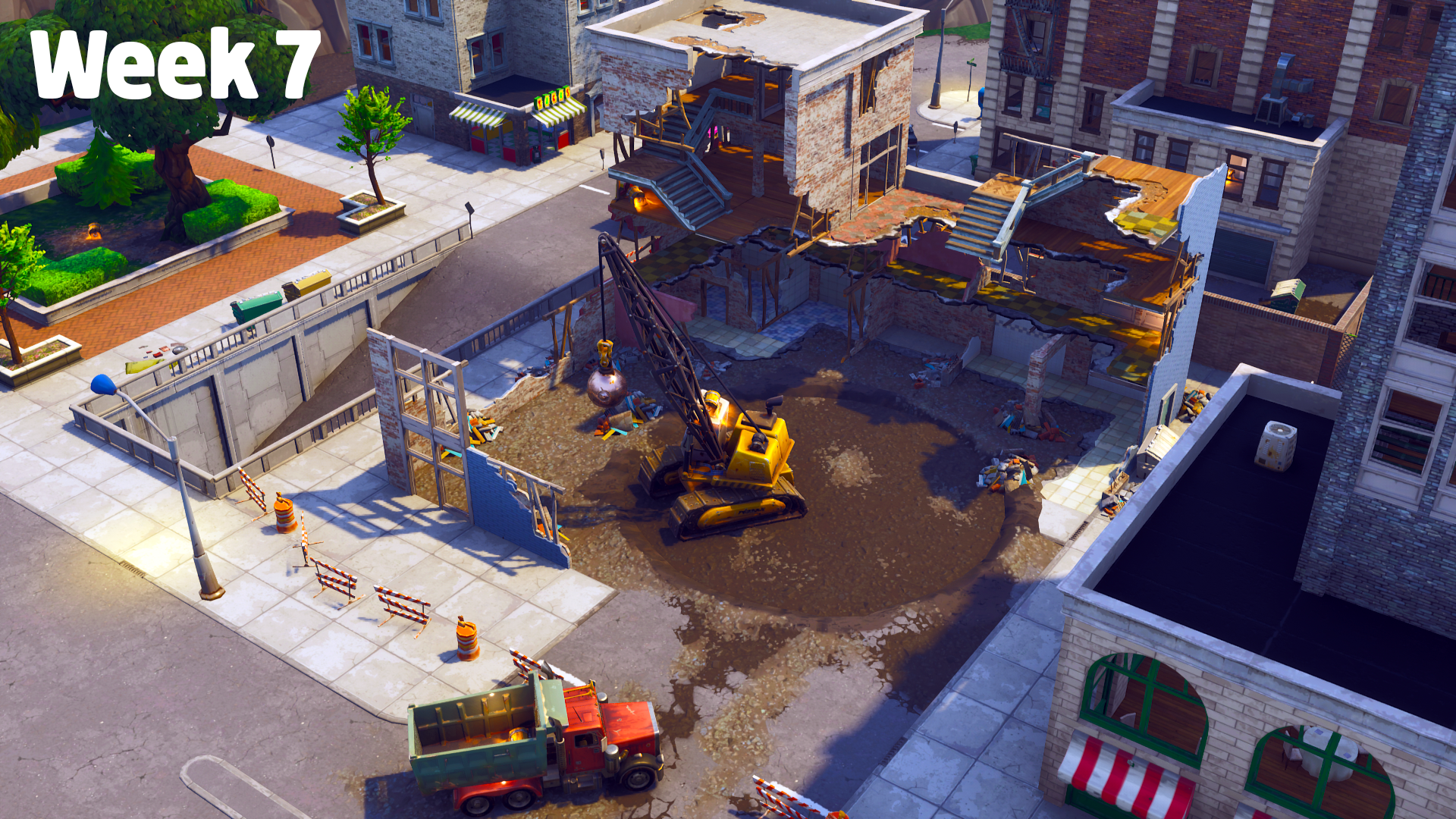 A wrecking ball is taking down the remains of the damaged building in Tilted Towers. 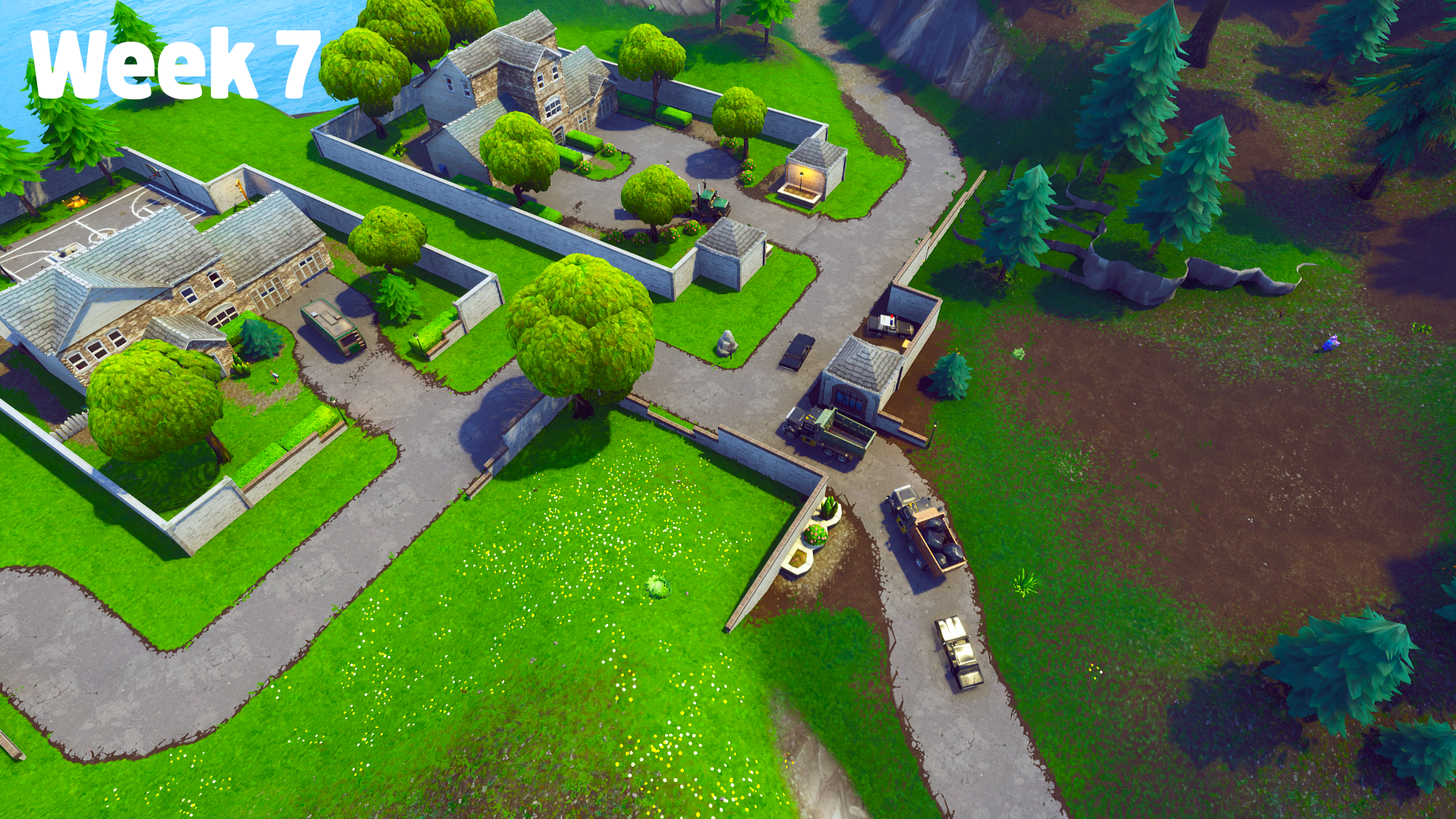 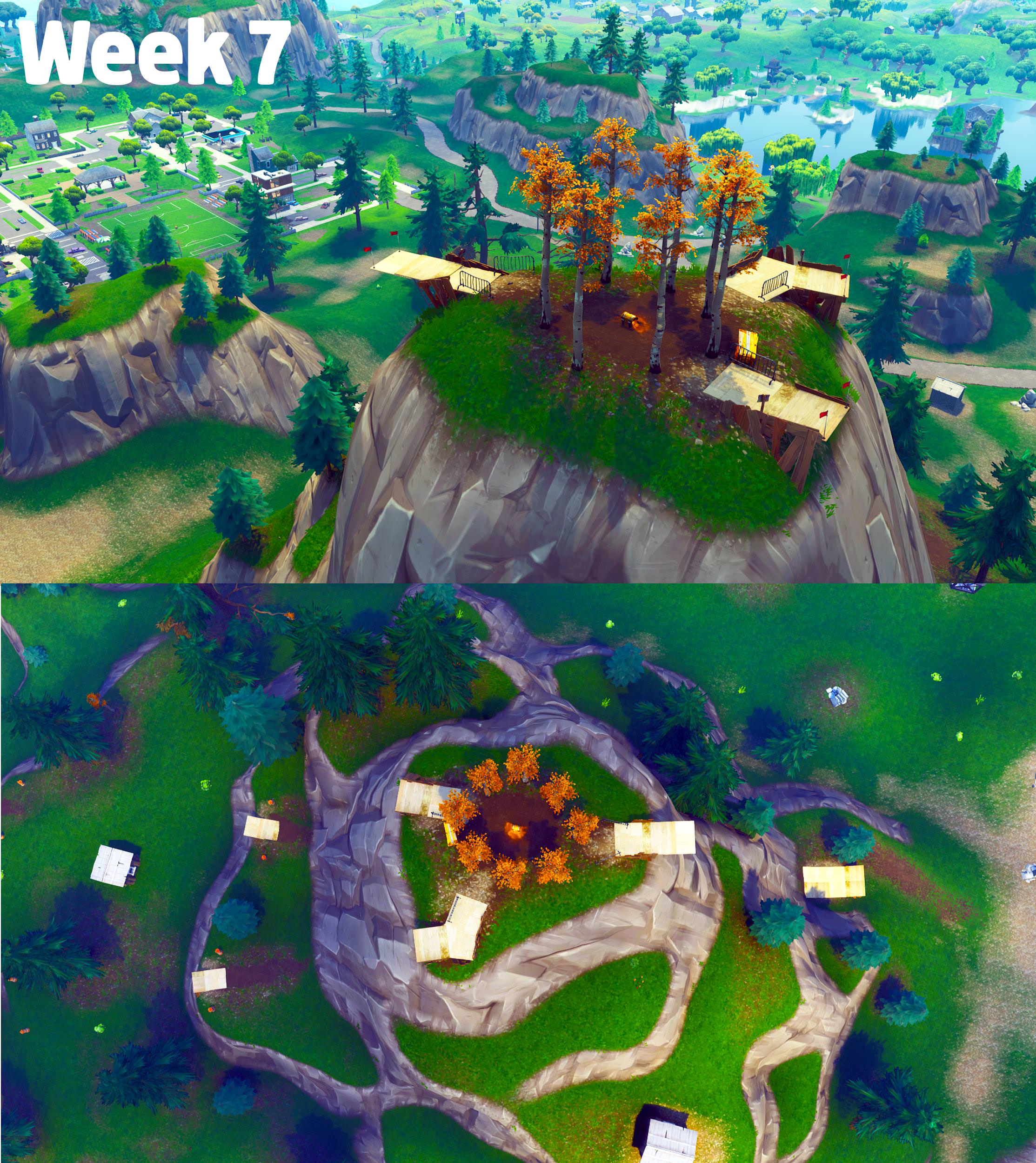 Wooden ramps have appeared on the mountain south of Pleasant Park. Future challenge? 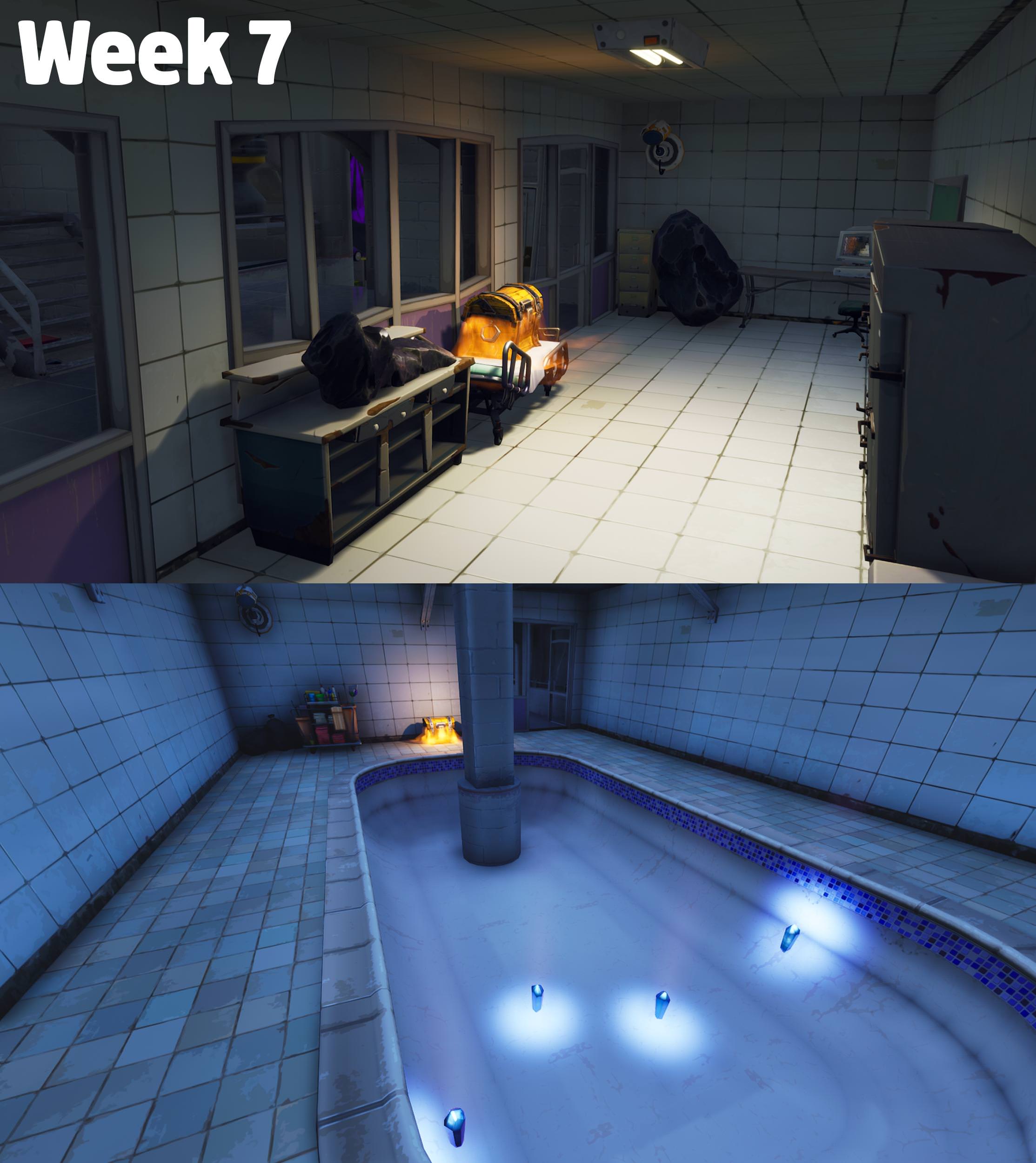 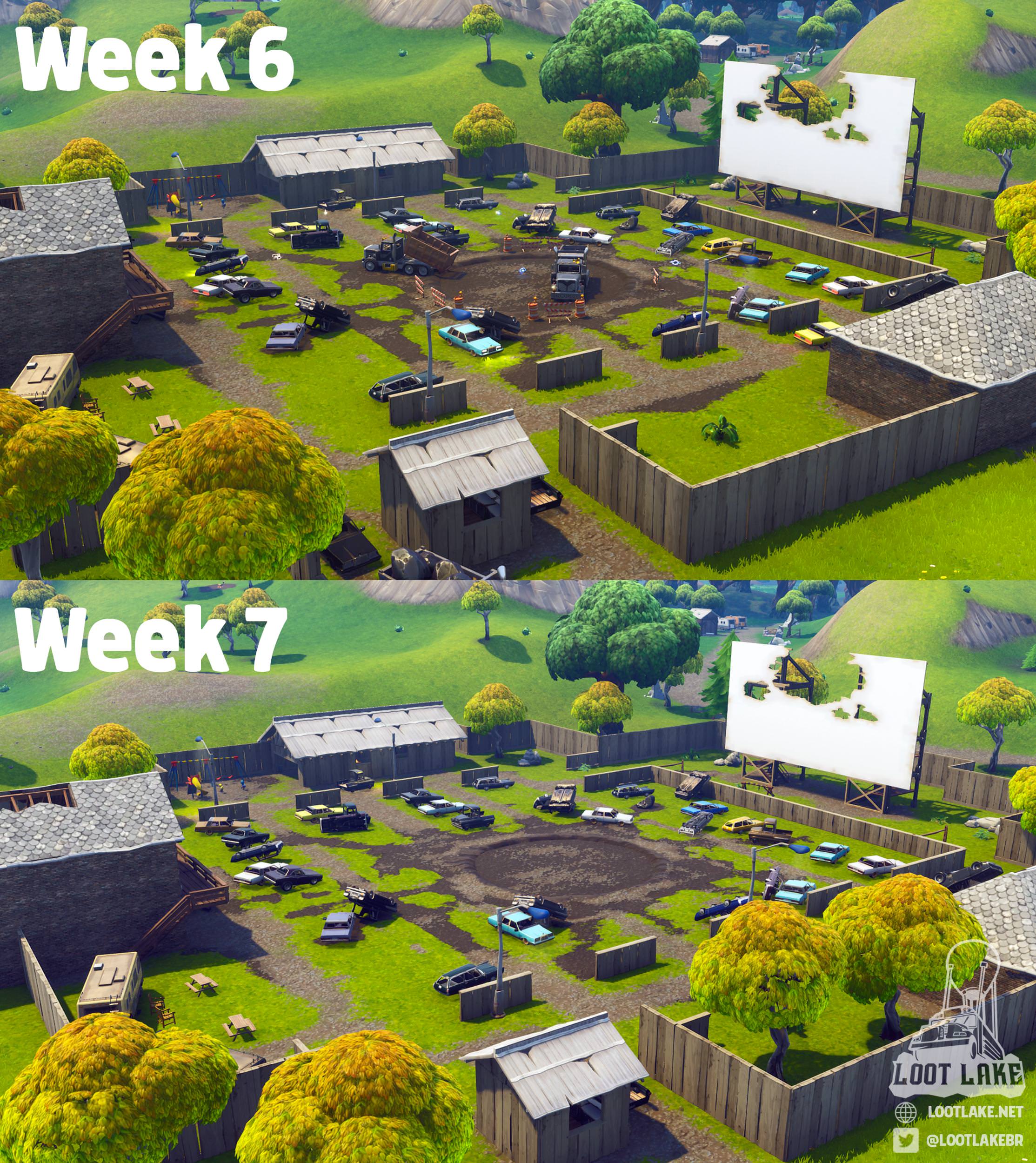 The crater at Risky Reels is now patched up completely. 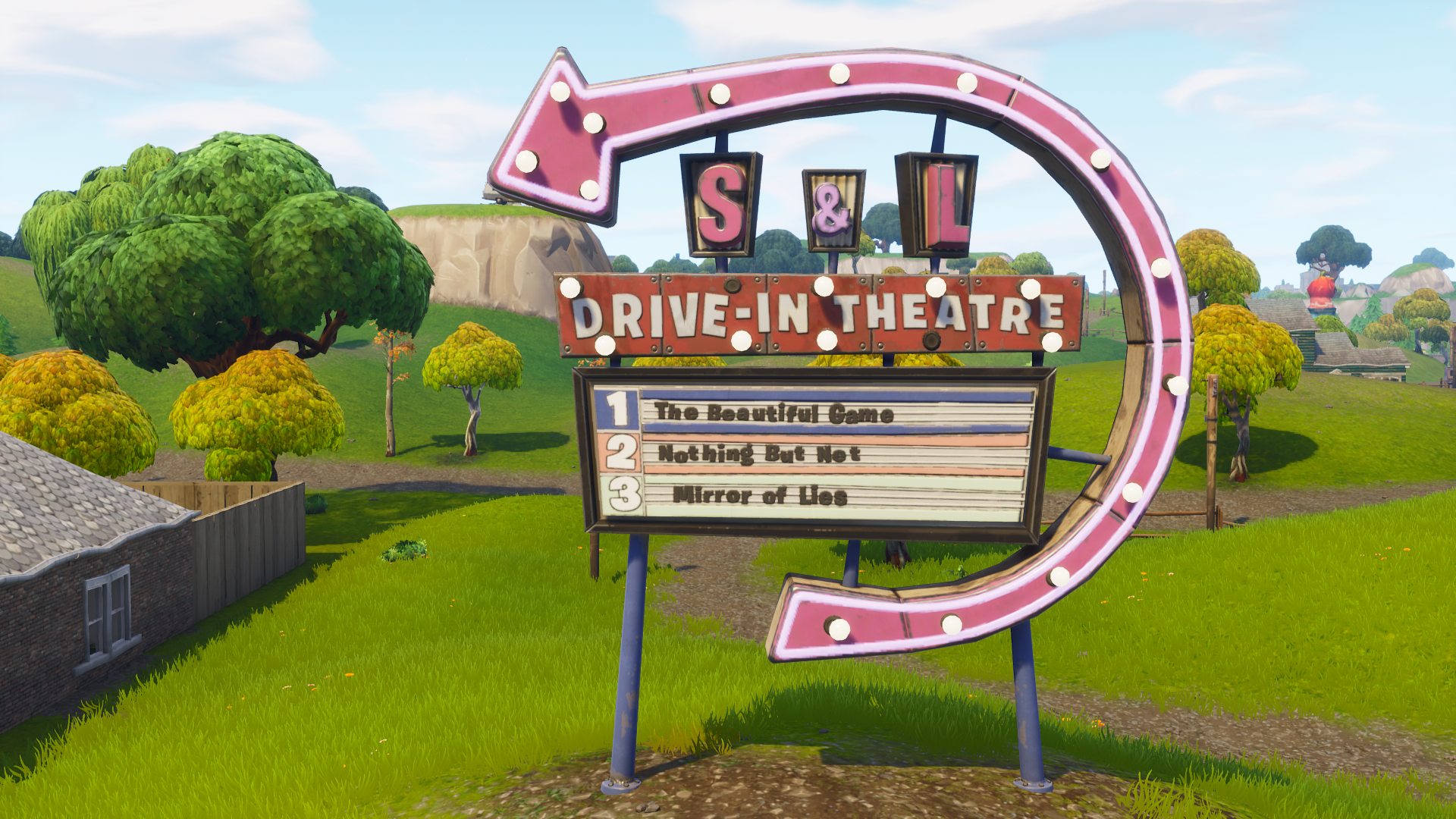 Also a fresh selection of movies showing at Risky Reels. 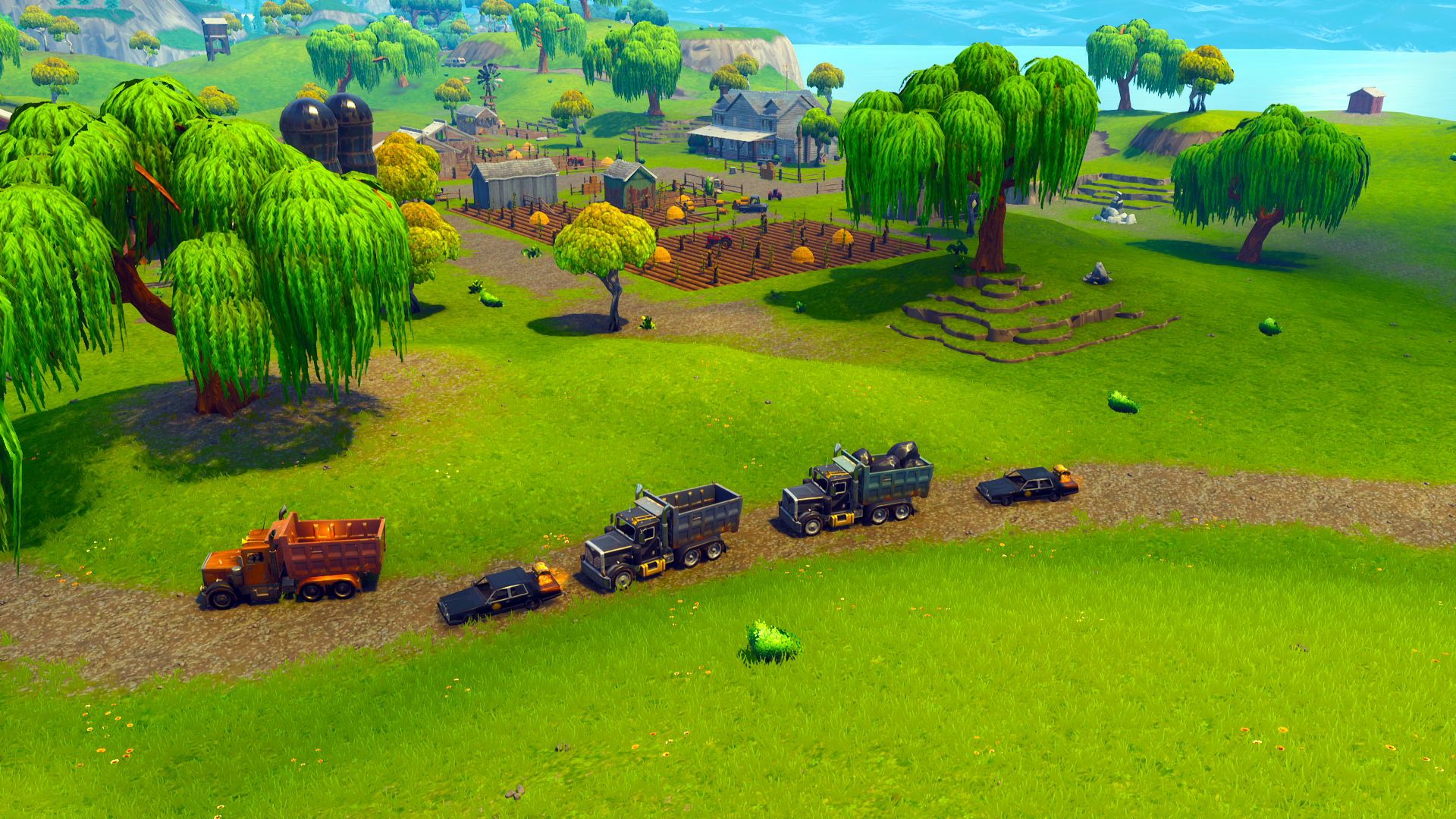 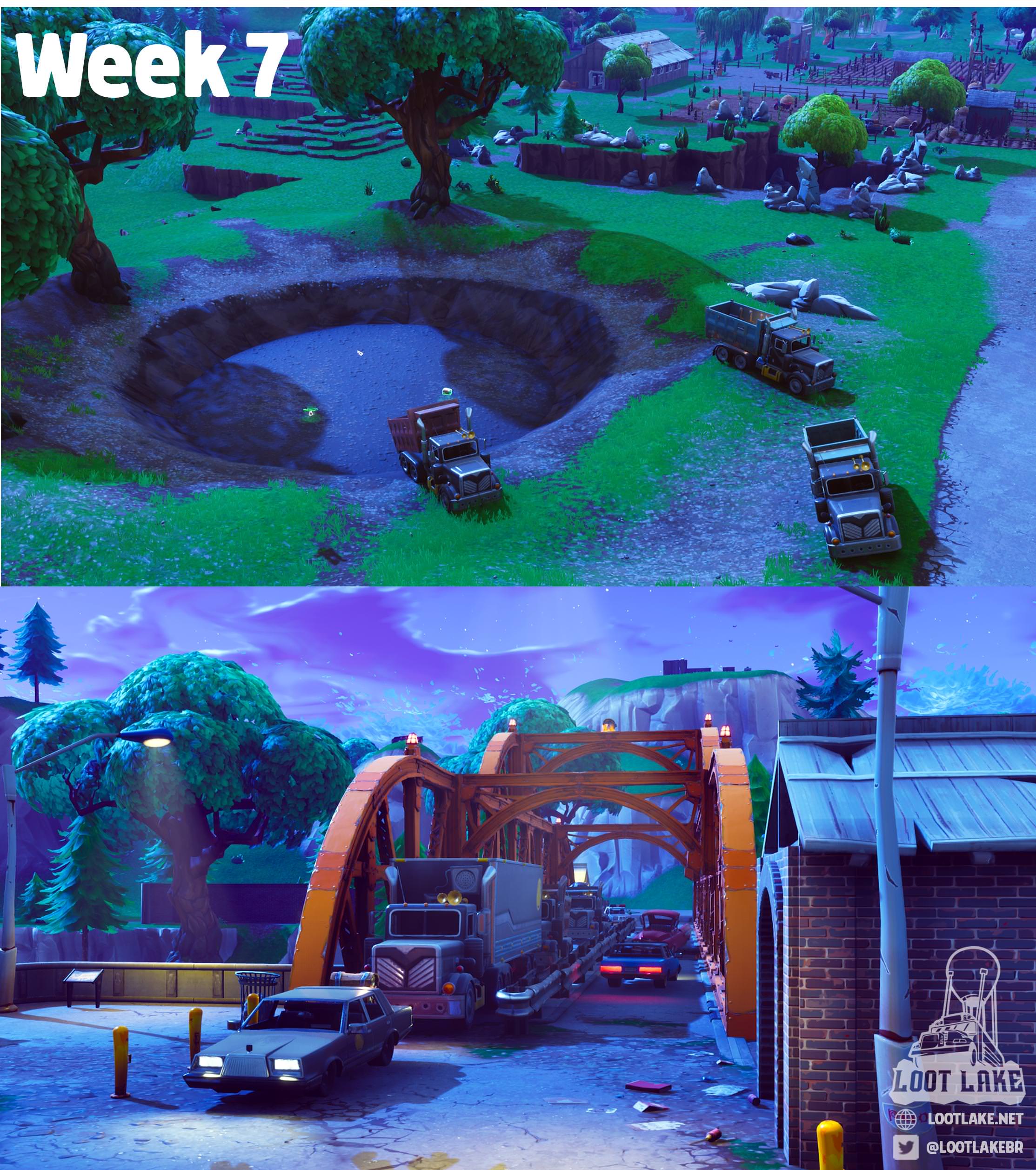 The crater next to Fatal Fields is being filled up. Hop Rocks & meteorite parts are being escorted west across the bridge. 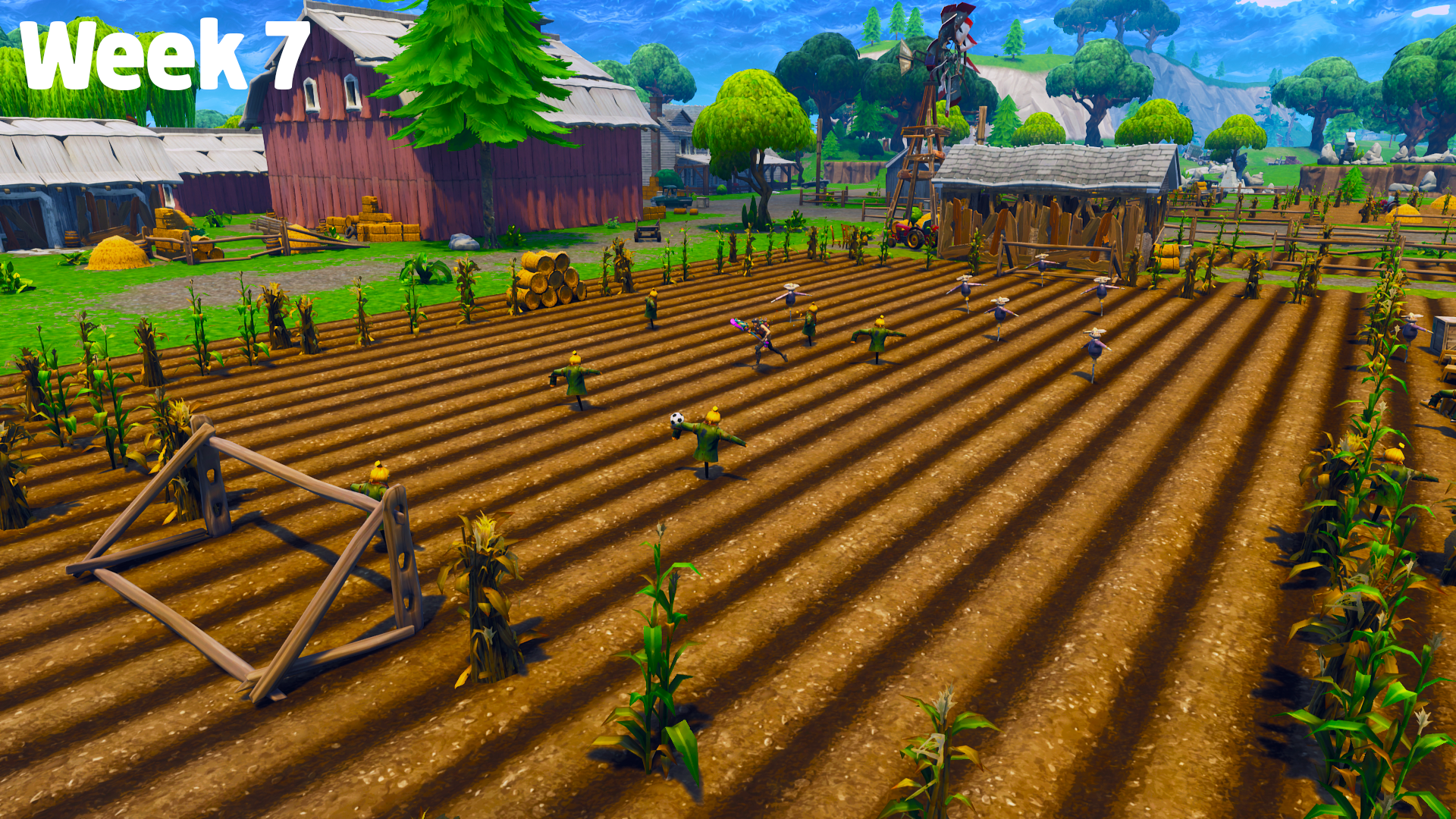 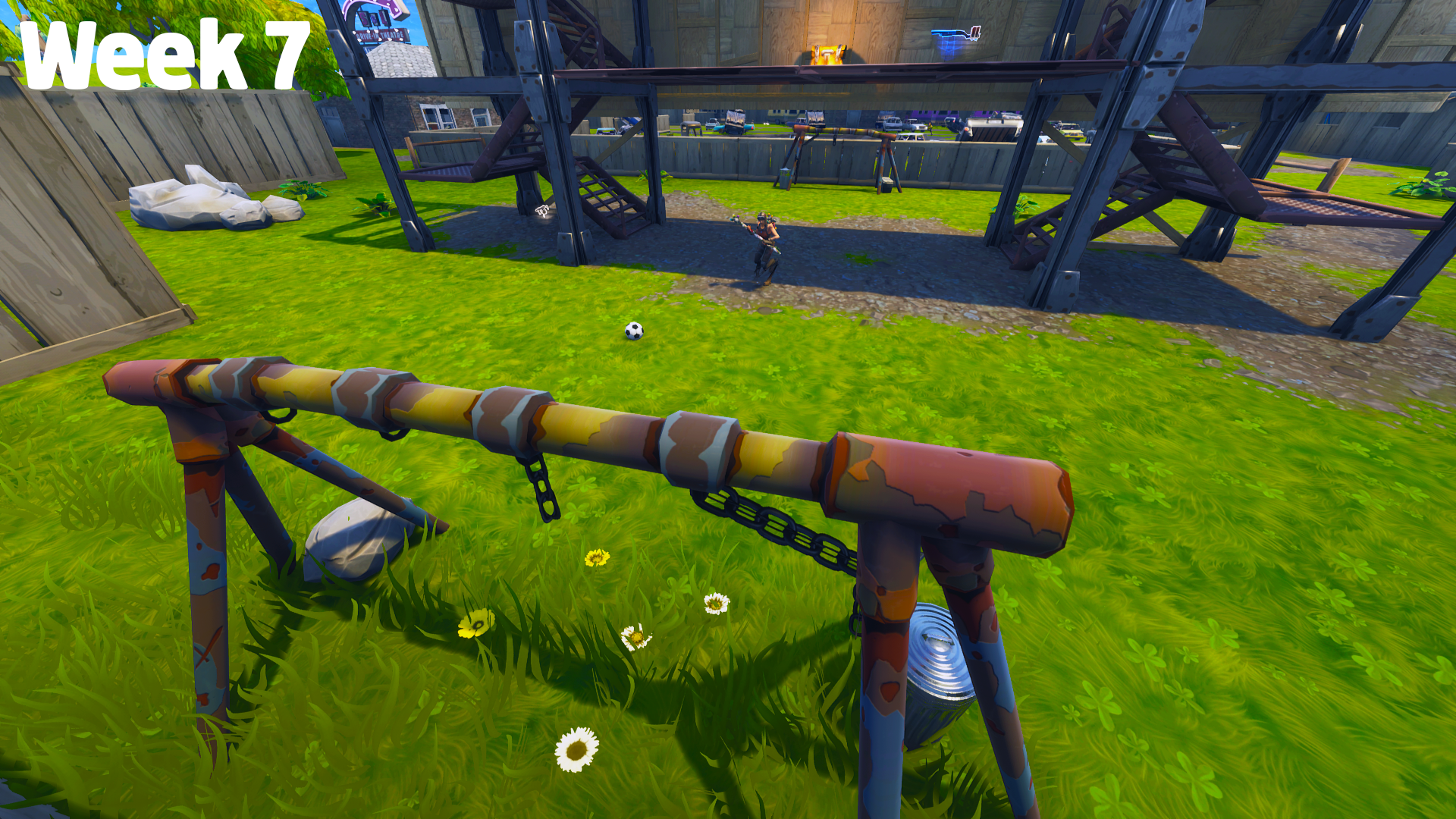 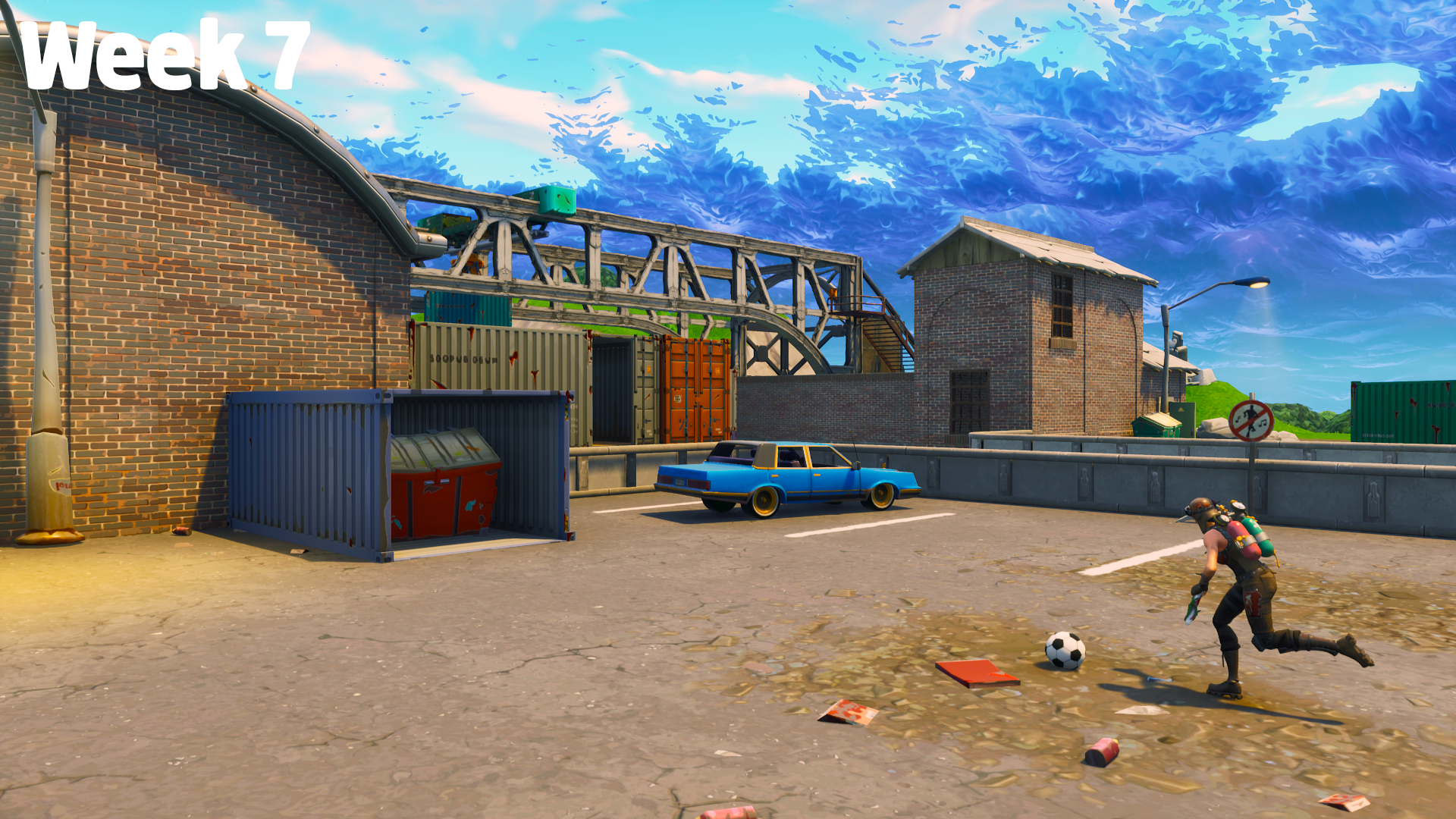 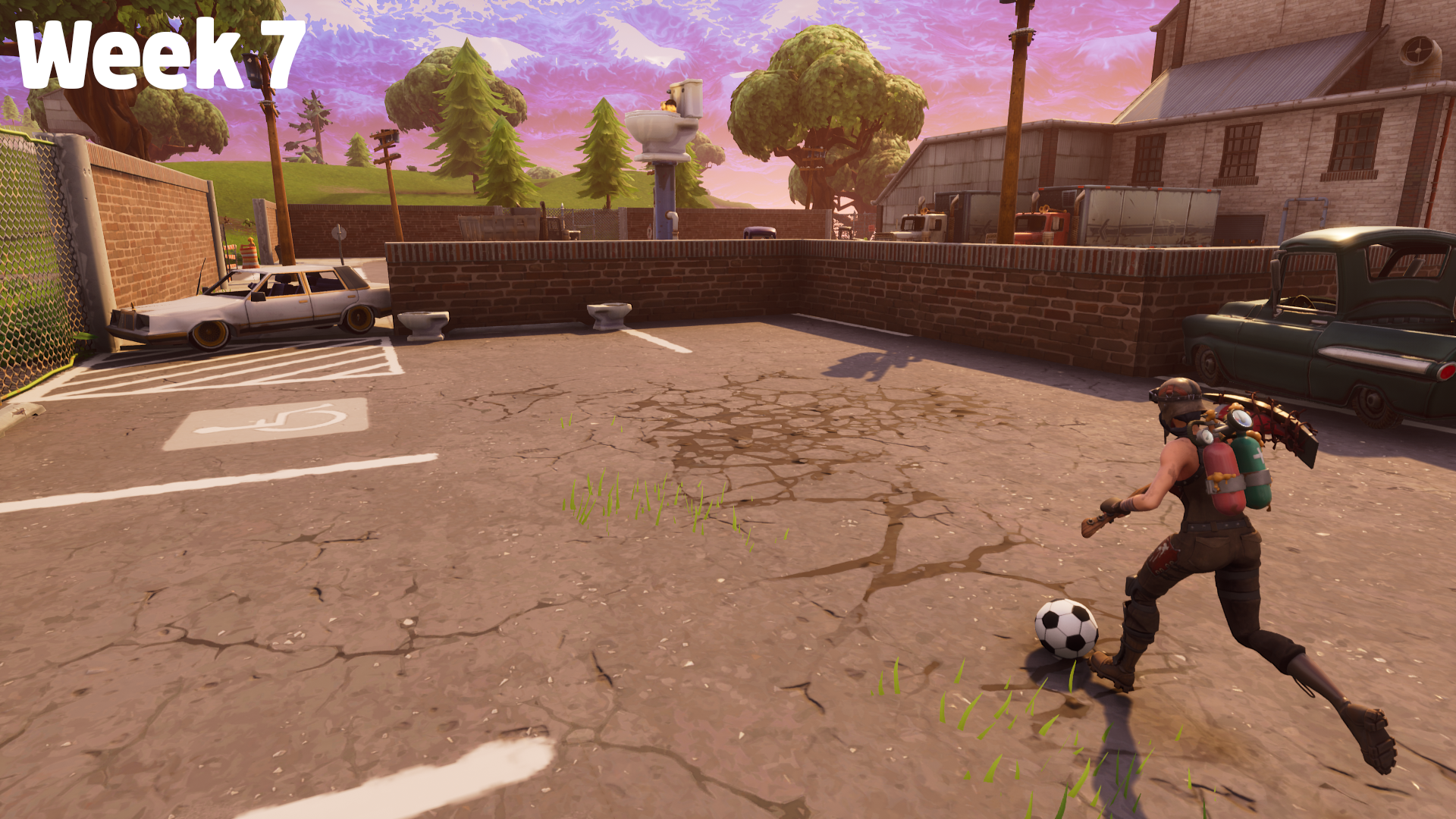